MARE and FOAL and LOCAL FINDS.

Some time ago, I was walking near a neighbouring farm when I saw a mare with its foal in a partly cleared field. The light was fading but golden, and today I am sharing just a few photos of this delightful scene, and a few other encounters with nature. This will be a short post, as my computer is still giving me a hard time. 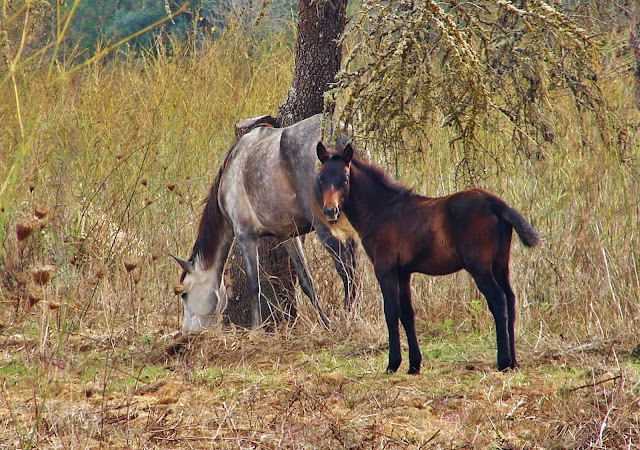 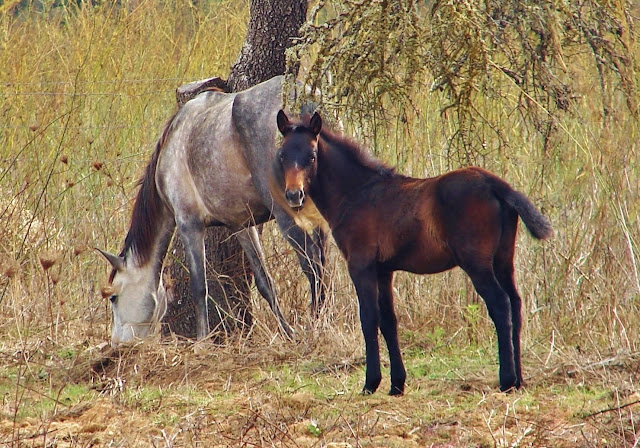 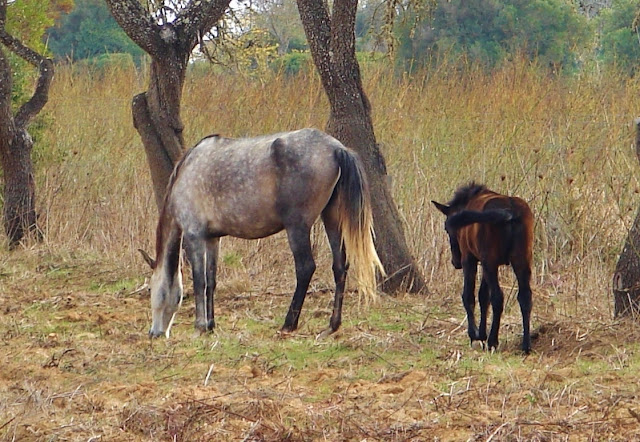 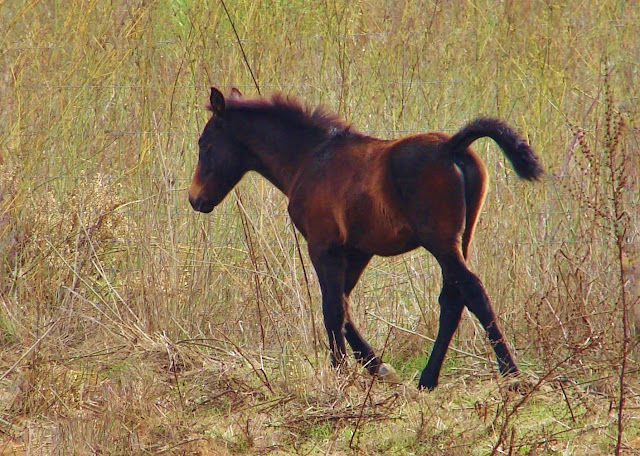 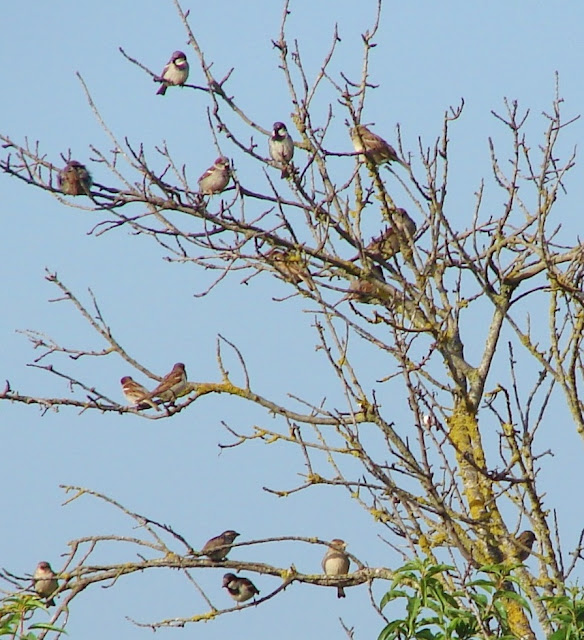 It had been a long time since I had seen so many Sparrows. 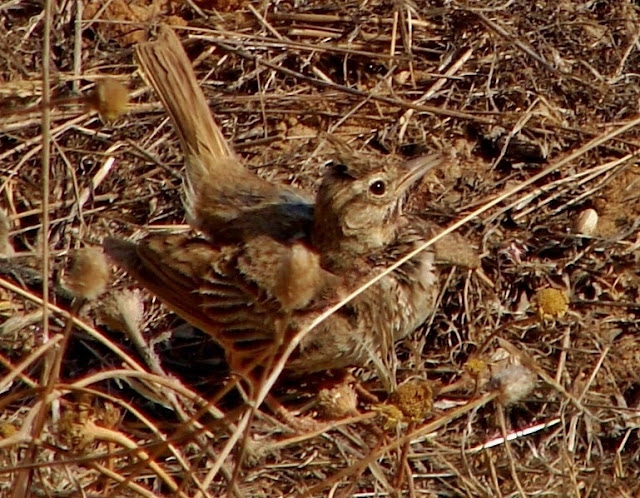 This Lark was in the same field, which I nearly passed by, although in full view, its colouring was almost the same as the ground, in which it lay. 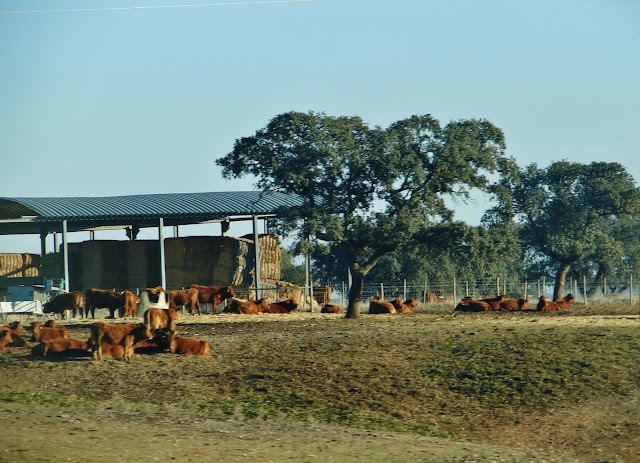 I took this photo one day when I went a ride in my daughters' car. 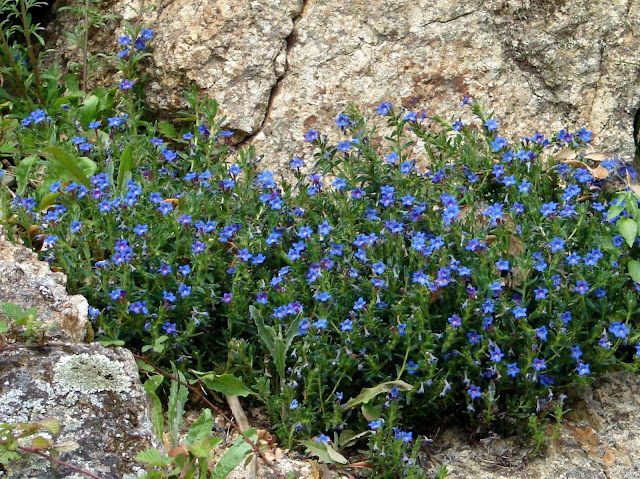 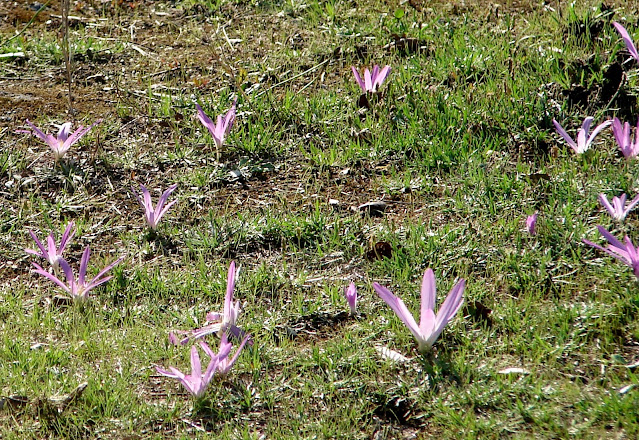 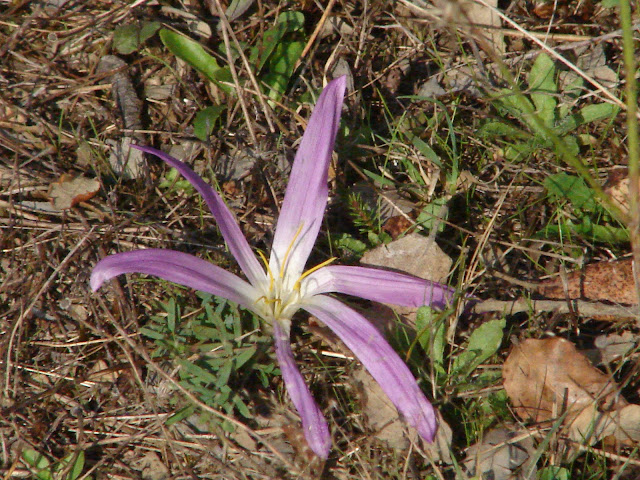 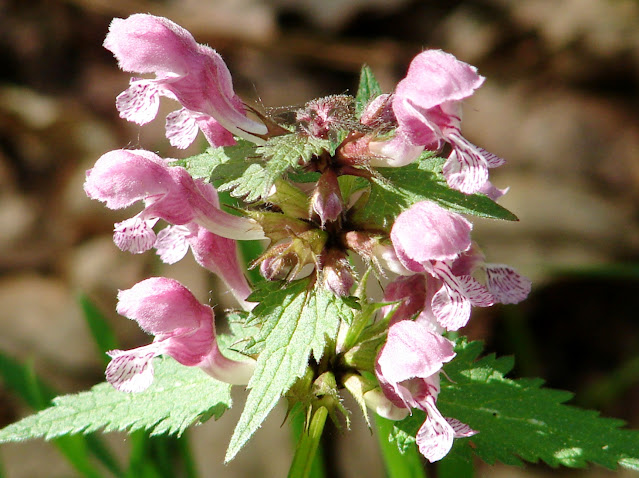 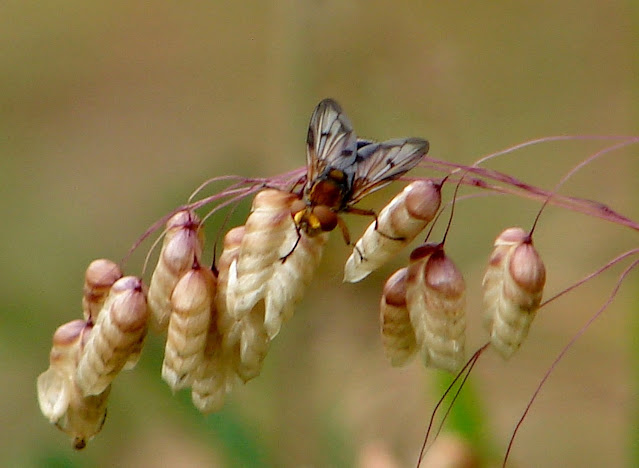 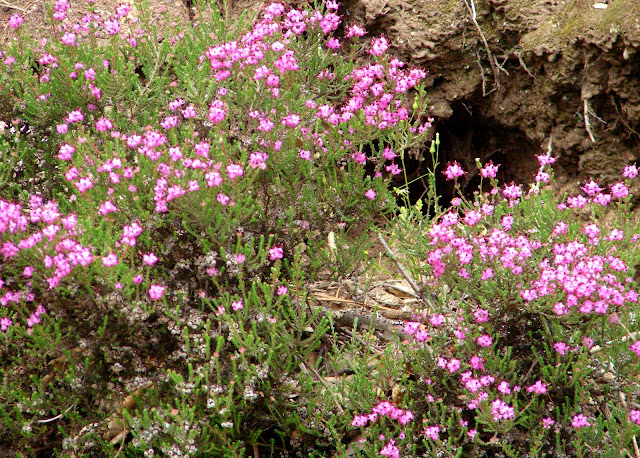 Posted by Breathtaking at 16:25

Beautiful photos of the horses. The wildflowers looks so fresh. I guess the pink flowers comes from a bulb. The fly is very beautiful captured!

I wish you a wonderful weekend!
All the best, Marit

Hello,
What a lovely variety of photos. I just love the horses, the birds are cute. The Lark is a favorite. Love the pretty flowers and the cows. Take care, enjoy your weekend!

The mare and her foal are gorgeous, Sonjia. What a wonderful sight! The lark was so well hidden, but I guess it was alert enough that it would have flown if there was any danger of you stepping on it. Your wildflower images are beautiful too.

I hope that you get your computer problems sorted soon. Best wishes - - - Richard

cows and horses and birds and flowers, nothng could be better. I love them All. that foal is just so very precious. is the problem with blogger? or computer? blogger has been driving me nuts off and on for a week.

How interesting and beautiful. What are those flowers with no stem or leaves? I love that Hover Fly or whatever it is on the pretty grass seeds.

You are keeping active Sonjia which is nice. I see you have plenty of sparrows which I have not seen for nearly 2 years along with starlings. My feeders remain untouched. Take care.
Mike.

Lovely images and post Sonjia! I have loved horses since I was a child, they are beautiful. Love the blooms too. Great collection of photos. Thank you for linking up and sharing your post. Take care, have a happy weekend.

Beautiful photos of the mare with her foal.
I hope the problems with your computer can be solved.
Greetings Irma

Lovely shots of the mare and foal. The other pics are outstanding too!

Any time one encounters young animals with devoted and protective parents it is an endearing sight, none more so perhaps than a mare and foal. They are truly beautiful creatures, the very essence of grace and dignity. You have captured it well, Sonjia. We live in an area where Mennonite farmers shun modernity, and use horses to pull their conveyances, and huge workhorses are still employed to plough the fields, so we see foals every spring. It is such a privilege. The birds and the flowers round out a wonderful post, especially the lark blending into the ground beneath it. Thanks for permitting us to share these moments with you. Bug hugs - David

There is such peace and beauty to these images -- the tranquil horses, the pastoral cattle. They're all so very beautiful. A wonderful way to begin my day.

Beautiful nature photography ~ love the mare and foal ones ~ Xo

Wishing you good health, laughter and love in your days.

I love the shots of the foal with mum.

I love the mare's coloring and the Colchicum montanum. Enjoy a wonderful week.

The horses are perfection as is the photo second from the bottom of the buds and bug. :)

That lark, I'd surely have missed that one!!
The foal captured my heart!!
Thanks for sharing with us.

Hi Sonjia,
I love the evening light on your horse pictures.
I am not sure what your wild flowers are, but we bought that blue one for our garden this spring. I have it in an old stone trough.

Dear Sonjia,
these are adorable photos of the mare and especially of the sweet foal <3 and you are right, there was a very special lighting atmosphere. I was also very happy about your other photos of animals and plants!
I hope you have less of a hard time on the computer soon!
All the best and a happy new week!
Traude
https://rostrose.blogspot.com/2022/09/strudlhofstiege-gartenpalais.html

PS: Thank you for your lovely comment on my previous post. I can understand your aversion to Taxidermy. I too have very mixed feelings when I see taxidermied animals, but I try to console myself that these animals are long dead and the exhibits have been kept in museum archives for decades. My friend who was a nature guide sometimes found a dead animal on her nature excursions; she took them to a taxidermist to make objects for children to see from them - so Taxidermy makes sense there too - and no animal was killed specifically for this...

Beautiful photo of the mare and its foal. It is wonderful to be able to take snapshots of birds and wild flowers around us. Have a beautiful week.

Sorry that I have not been responding to your blogs.Google has not been sedniung me reminers.