The Ladybird or Ladybug Coccinellidae

Historically and cross-culturally, ladybirds or ladybugs are believed to be a talisman of good luck. Some believe that if a ladybug lands on you, you should count the number of spots to predict how many years of good luck you will have, and many think that the spots indicate the number of months until your greatest wish comes true. As a child, my parents told me that the ladybug was lucky, and as a child I believed them. Whatever you may believe, they do play an important role in the environment, and are "charming" little creatures. 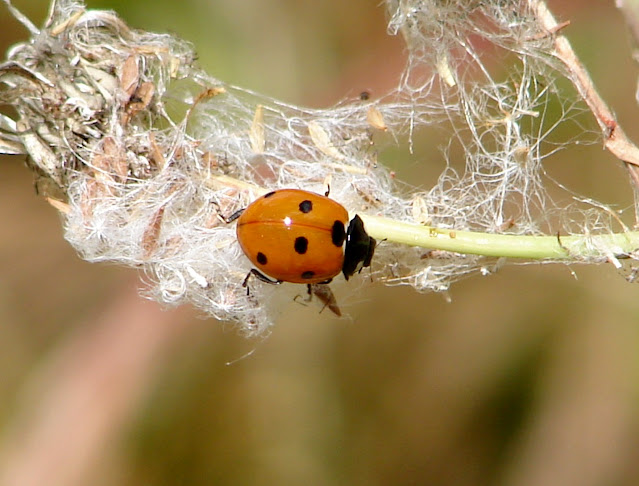 These charming little red and black creatures, are not bugs at all, but beetles, and are harmless to humans. The seven spot is the most common. It has 3 spots on each side of it's body, and 1 behind it's head. Their spots serve as a warning to predators. 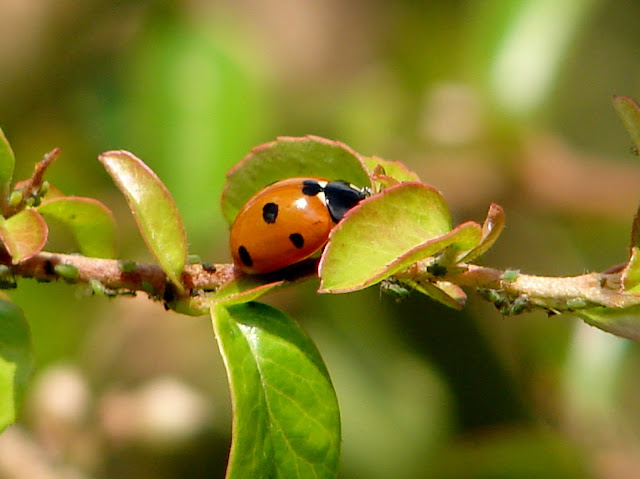 Ladybugs can eat as many as 75 aphids per day, and up to 5000 insects in it's lifetime. As you can see in this photo, they can have a veritable feast on this branch. 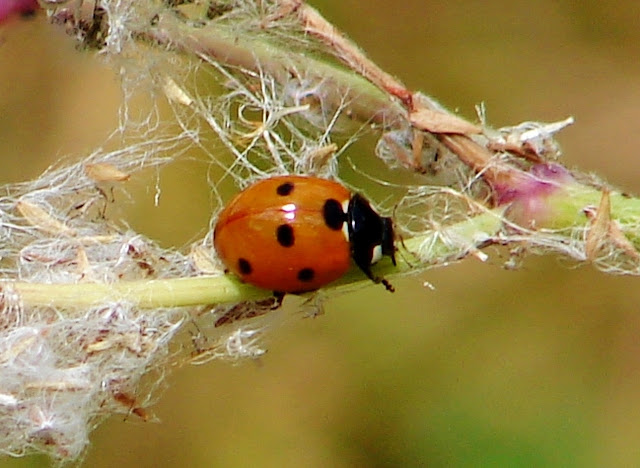 They have small black feet and black antennae, and they smell from both antennae and feet.Their wings are hidden behind the hard dome shaped body. 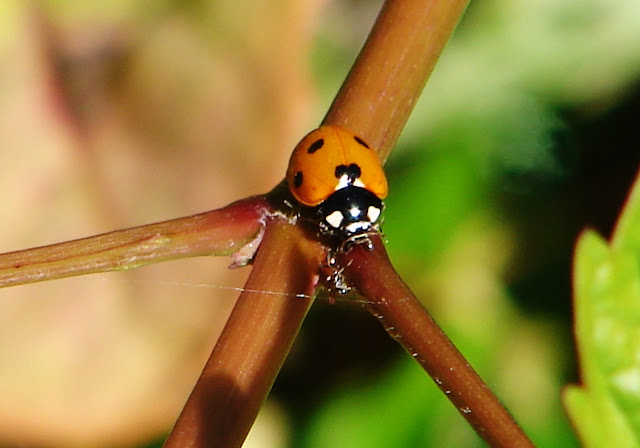 Their spots and bright colour is not the only warning devise the ladybird has.  They emit foul-smelling blood from their leg joints, and when they are startled, the yellow liquid is ejected out, and is toxic to it's predators. 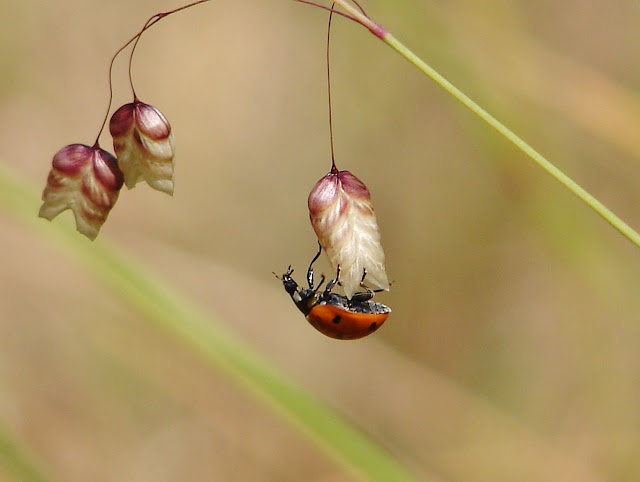 Like the lacewing, and many other insects, they are the farmers and gardeners friend, for their preferred diet is plant damaging insects, and they also love pollen, and pollinate as the fly from flower to flower. 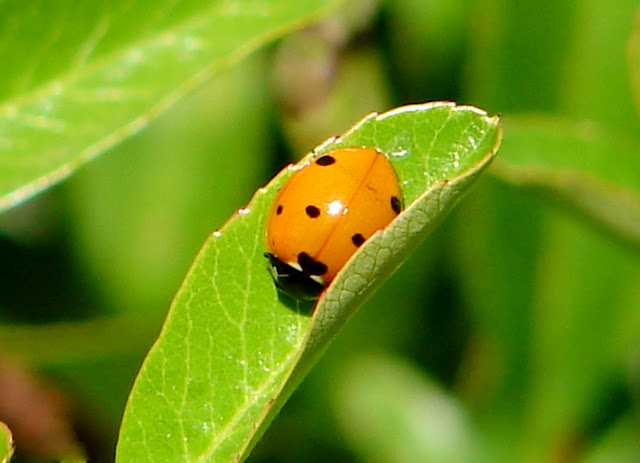 Last year I saw many 7 spot ladybirds, but there are about 5,000 different species of ladybugs in the world, and many are known by the number of their spots. 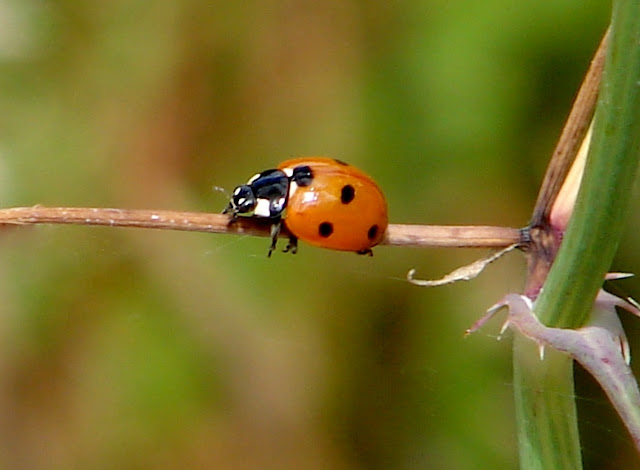 Children love ladybugs, and there is a popular children's nursery rhyme, written in the 17th century called "Ladybird Ladybird", No-one really knows who wrote it,but it goes like this.
Ladybird, ladybird fly away home,
Your house is on fire, and your children are gone,
All except one, and her name is Ann,
And she is hiding under the warming pan.
Posted by Breathtaking at 15:10 25 comments:

As the weeks went by and I had finished the therapy on my wrists, my thoughts turned to buying a Sony camera. I didn't want a new expensive camera, but one exactly like the one that broke, so hubby and I searched on e-bay and after many weeks of trying without success, two came up at the same time. I chose the one advertised as "Like New," and after three weeks, the camera arrived, and it did indeed look like new and I could hardly wait to try it out. I started out by taking photos of insects, in a field near my house, and became fascinated with the insect world. 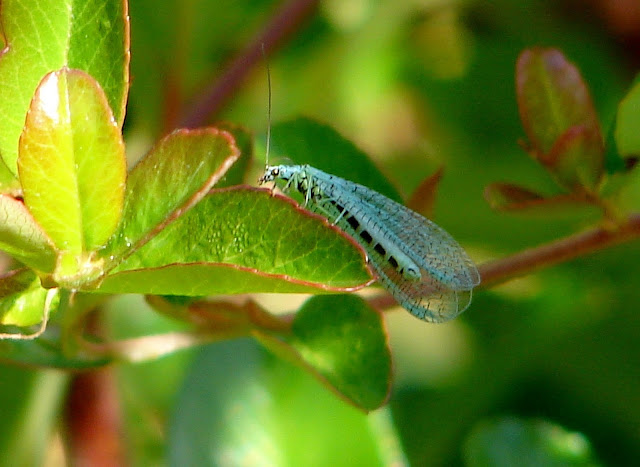 The beautiful lacewing has fragile see through wings, which give them their name. 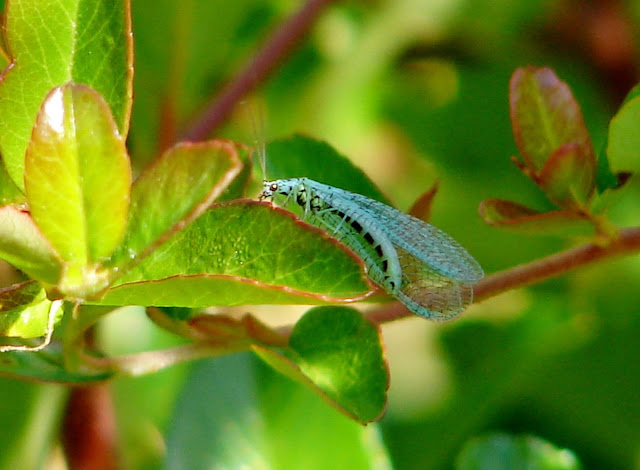 The ones I saw were blue-green lacewings, with extensive black markings. They have black veined wings, and a black underside to their abdomen, and are 1 to 2 cm in length. 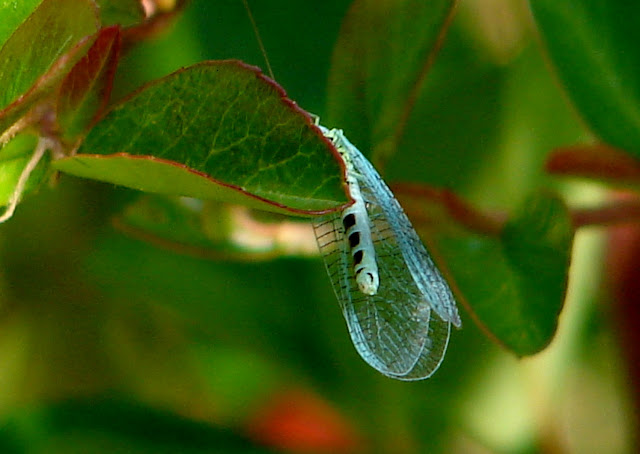 Adult lacewings have ears at the base of their wings, and although small, they have really great hearing. 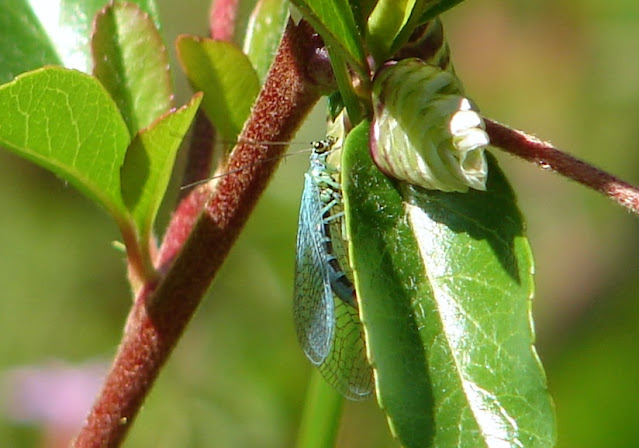 Lacewings have a huge appetite for aphids, mites, leaf hoppers, and many soft bodied insects, as do the larvae "not shown in this post." They are ferocious predators. 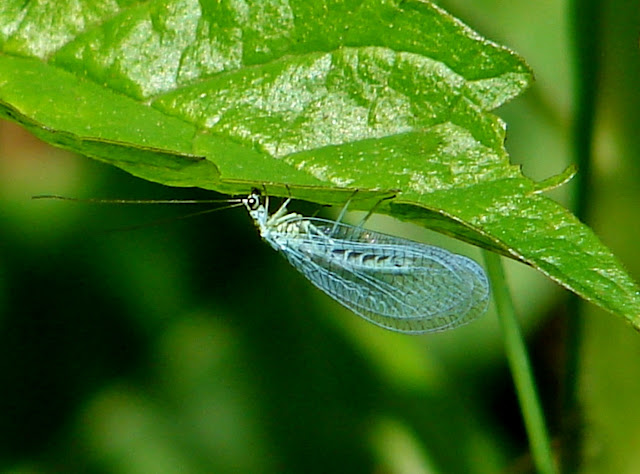 The best areas for lacewings are areas with a large variety of plants. Adults also seek nectar and pollen. 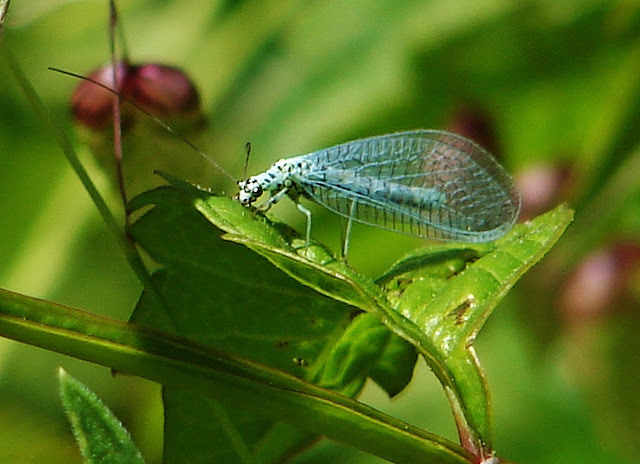 Lacewing larvae are great pollinators, and the perfect pest control for your garden, and of course the farmers, and gardeners friend. 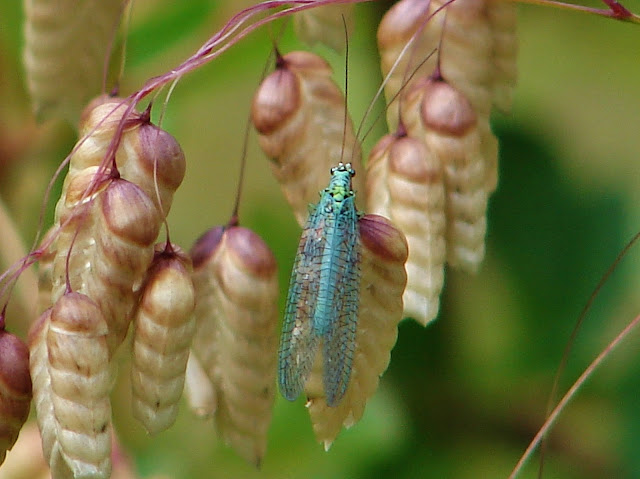 Grasses, Yarrow, Queen Anne's lace, Marguerite daisies, and Goldenrod are some of their favourite flowers 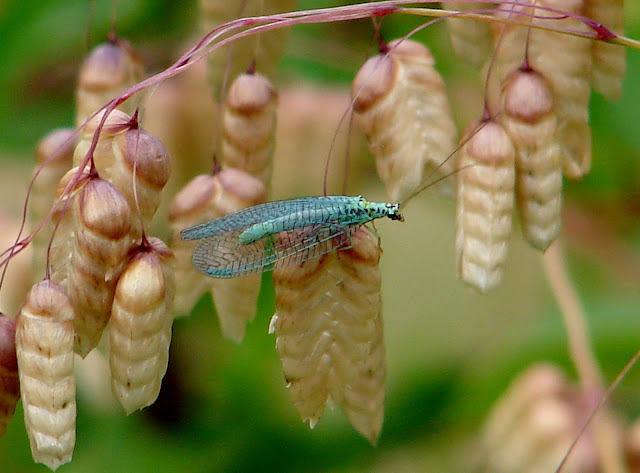 Their beautiful almost turquoise colour drew me to where they were poised, the blue is so pretty. I have seen green Lacewings, which I have always found under a leaf, and they are more difficult to spot on the greenery, but this was the first time I have seen this colour.
Posted by Breathtaking at 20:35 35 comments:

More News, and a Tribute to Mel.

Returning to blogging has been difficult. After my health scare, I became very unsteady on my feet, and I had a series of falls resulting in two broken wrists, and  a back injury.  My camera also broke when it crashed on our tiled patio. Of course I was upset, but with two broken wrists I couldn't use my camera anyway. It took twelve months of physio, that is six months on each wrist, to get the strength back, so I could open and close my own front door, open jars and milk bottles, and eat a steak for example. Hubby used to cut up my solid foods, and for a couple of months, my daughter Eve helped me to shower, and dress, washed my hair, and did any chores she know I wasn't able to do.

During this time our precious little Teckel became ill. She passed away a month later, being only 9 years old. We were distraught, and inconsolable. She had brought a light into our lives , which has now been distinguished. Mel is dearly missed. She was buried in a flower bed in our garden, and there is a bench there, where we can sit.

I forgot to tell you that after falling, I developed Tendinitis in my right shoulder, and both my arms, and I couldn't even hold Mel in my arms, in case I dropped her. I'm welling up as I write this, so l will stop writing now. 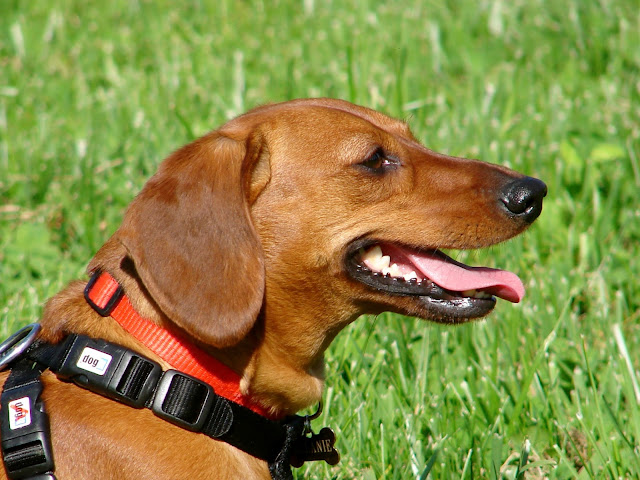 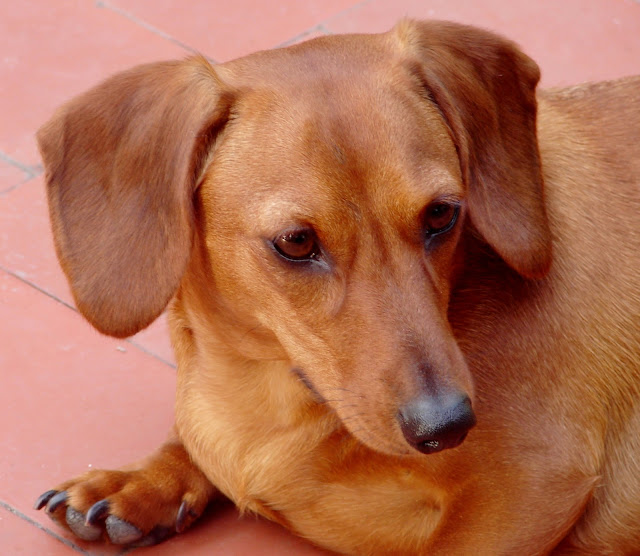 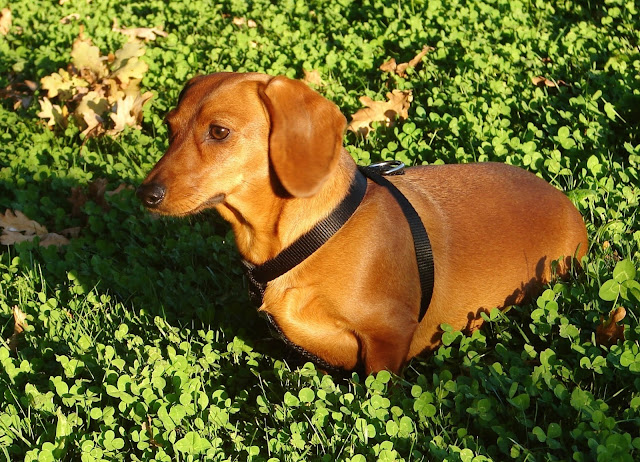 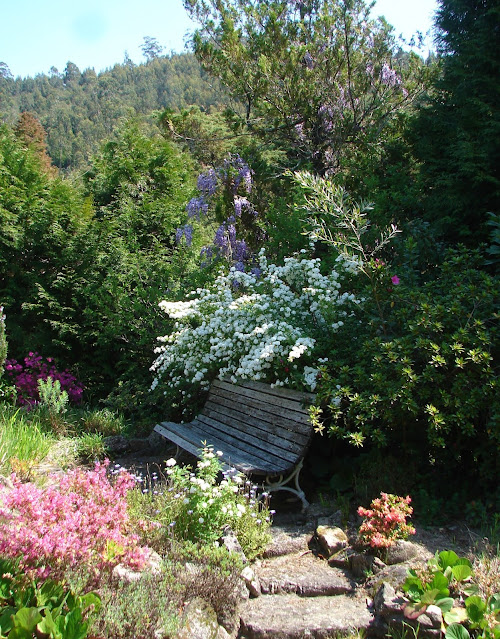 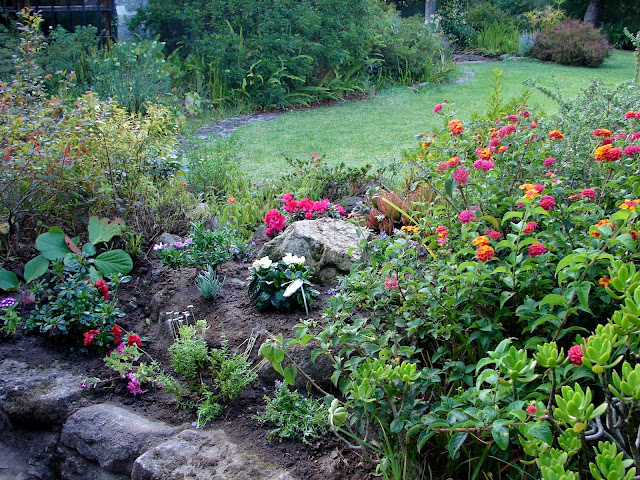 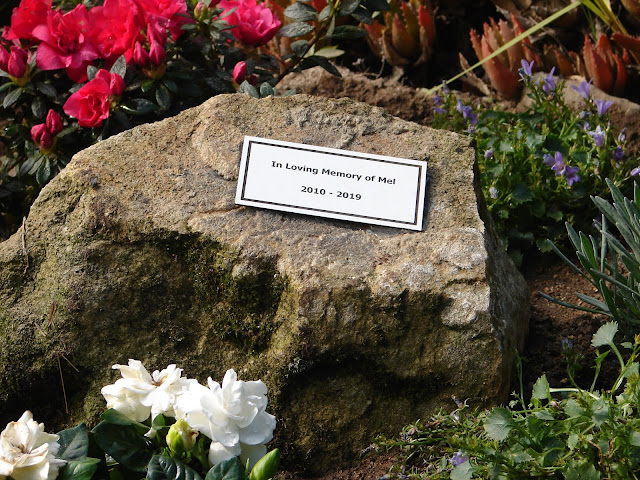 Happy New Year fellow bloggers, and good riddance to last year. It's been a tough couple of years for everyone, some more than others, but let us hope 2021 brings us good health and a more normal way of life.

It's been two years since my last post. I won't go into any detail as to why it has taken me so long to come back, but let you know as I go along. Thank you to everyone who left lovely get well messages, and especially to those of you who even returned to inquire after my well being. I hope you and your families are well, (Covid free) and I look forward to visiting you soon. Now, let me see, how do I make a post!!