The Stag Beetle is named for the huge jaws (antlers) of the male,which are used to fight rival males in the breeding season.The female has normal jaws. Size is variable, female up to 30 - 40mm, male to 50 mm - 70. Can be seen in parks with old trees, and old forrests. Adults feed on sap oozing from wounded trees. When I saw this beetle it was in deep shade, and I didn't want to disturb it in case it flew away, so I had to lighten the photos considerably, which accounts for the bluish tinge. Their true colour is black and chestnut. The photos are not good, but it's an interesting beetle to show you. 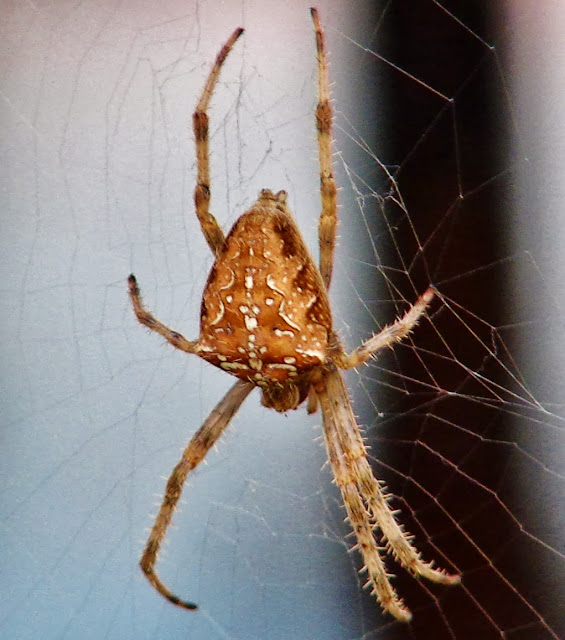 The House spider has very long legs, especially in the male. The body is brown, heavily mottled with black, with a number of clear chevrons towards the rear. The house spider builds a triangular web, then hides in a tubular retreat in a corner and waits for flies and other insects to become entangled. Females live for several years, surviving for months without food. Their habitat is, in and around houses, especially sheds, other out buildings, and also in open countryside, particularly in the south. Seen throughout Europe. The male Garden Spider Araneus diadematus is 5-8mm and the female is 10-12mm.It makes a large symmetrical orb web which acts as an aerial trap for flying insects. This spider made it's web just outside one of my windows, so I took some photos inside and some outside.
Posted by Breathtaking at 16:06 49 comments:

As I still have plenty of butterfly pictures left over from last year I will be posting some now and again. The Dingy Skipper is a very moth like butterfly,at first glance I thought it was a moth. It is 14mm in size, and commonly perches with wings wide open but wraps the wings around the body at night.
Posted by Breathtaking at 13:27 48 comments:

Dull Day At The Coast 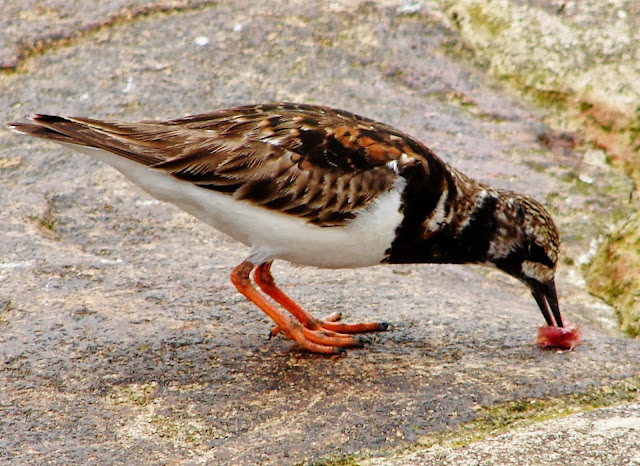 We only live half an hour from the coast, so often go for a seafood meal and I take my camera along just in case. disapointingly on this day at the beginning of summer it turned out to be a really dull day, so this is the best I could manage.I was pleased however to see the Turnstones busily engaged in looking for food which they find by foraging in seaweed, and by flipping over pebbles to find prey underneath.This behaviour is the origin of it's name Turnstone. The male is distinguished by slightly brighter colours, as seen in second photo. It feeds on crustaceans molluscs and worms.
Posted by Breathtaking at 17:02 56 comments: