When I opened the wooden shutters on my bedroom balcony I saw the Mistle Thrush perched on the railing. The moment it saw me it flew away to a nearby tree, which had only recently been pruned, so it was in full view. The light was poor, but I managed to get a few images before it flew away. I see a number of different species of birds on the balcony without having to go in search of them. Only a few days ago, I opened the shutters to come face to face with a Sparrow Hawk perched on the railing. It just stared back at me for a long time. I waited for a chance to get my camera but "it was the one that got away," however here are a few that didn't. 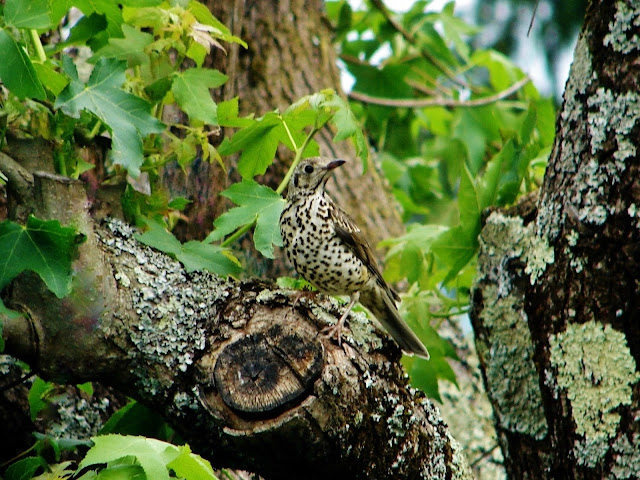 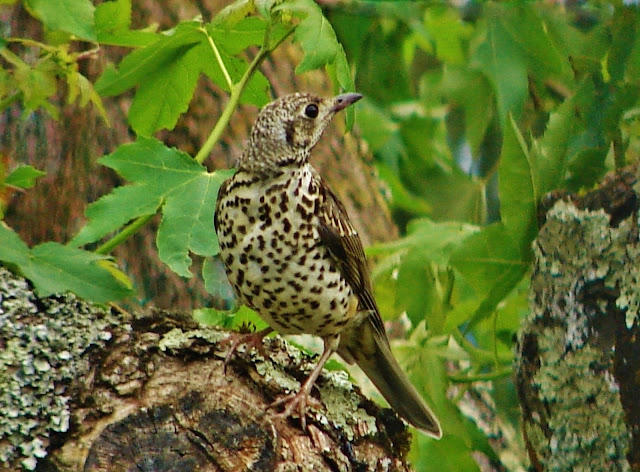 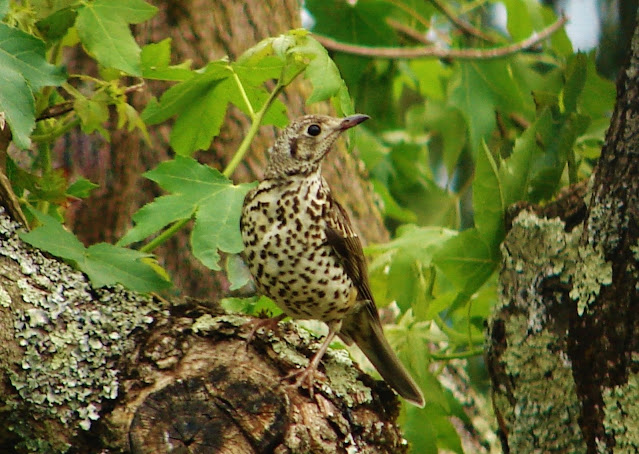 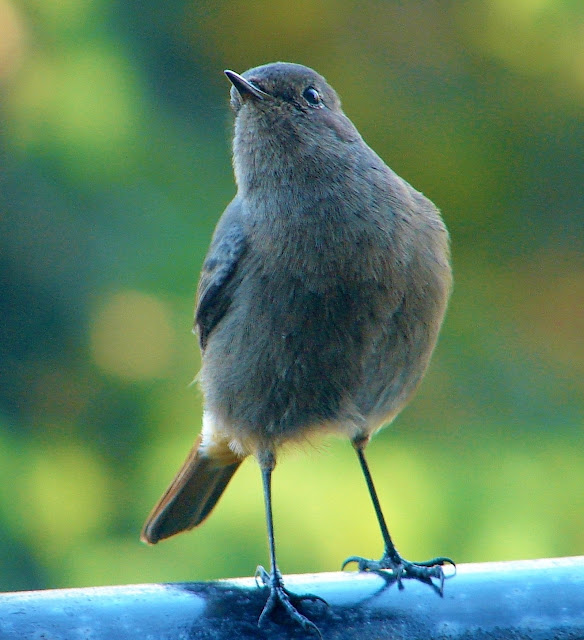 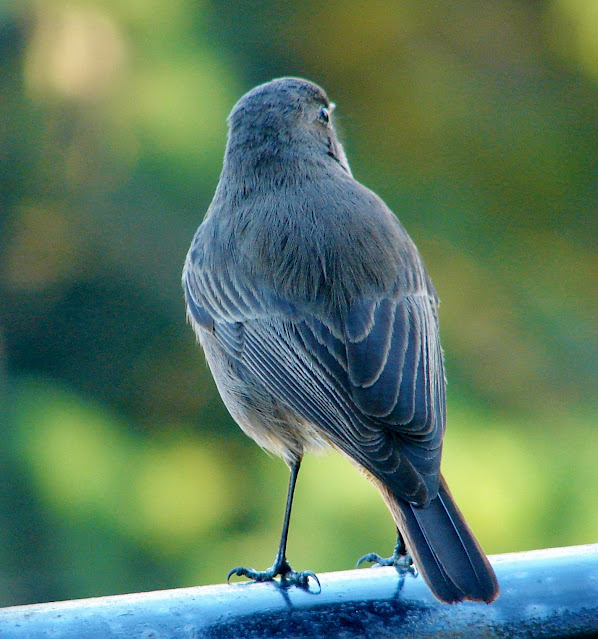 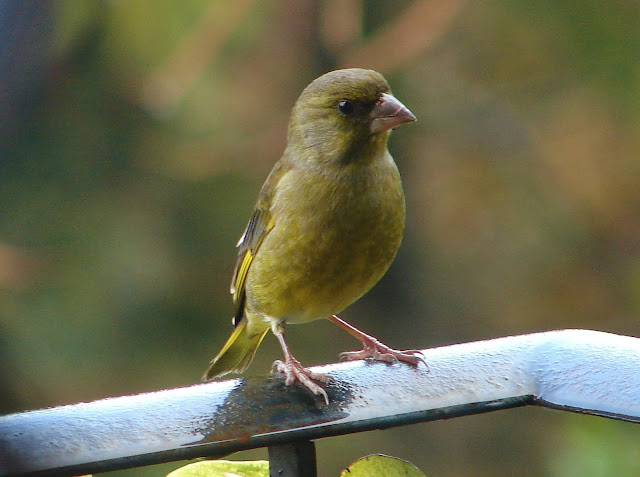 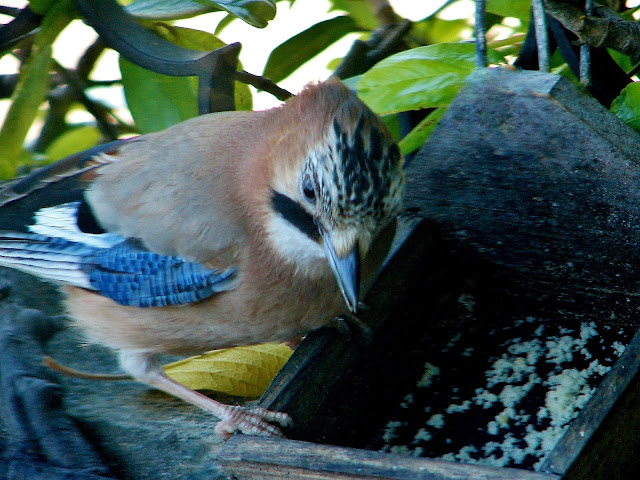 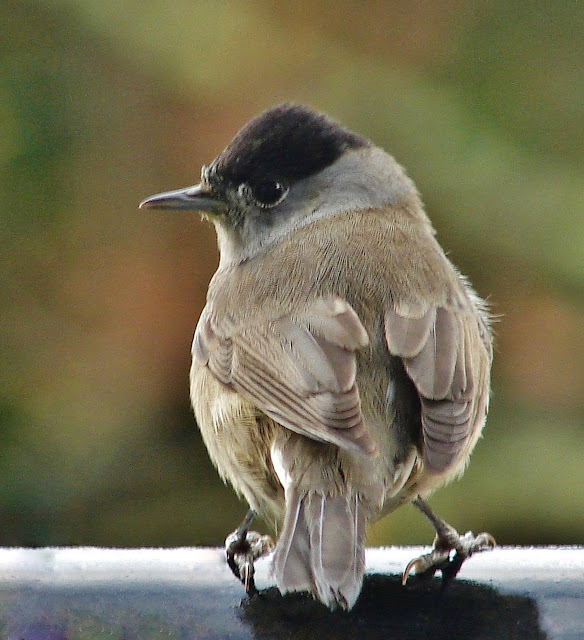 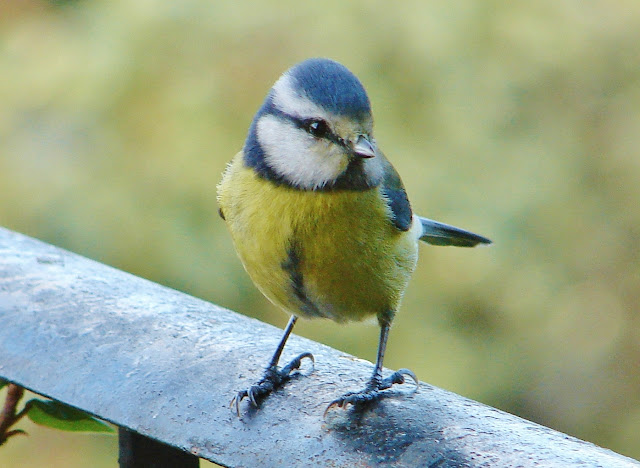 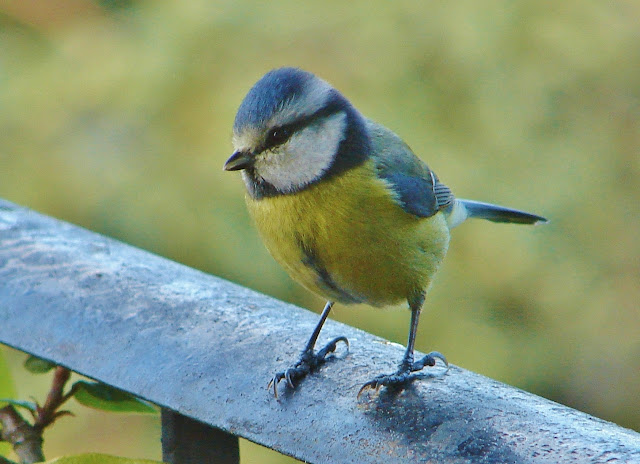 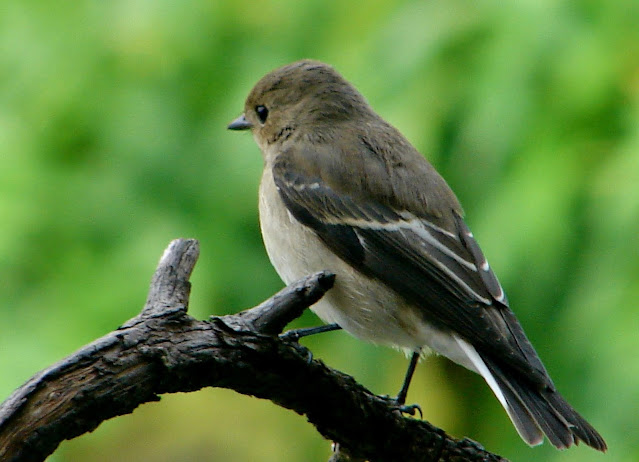 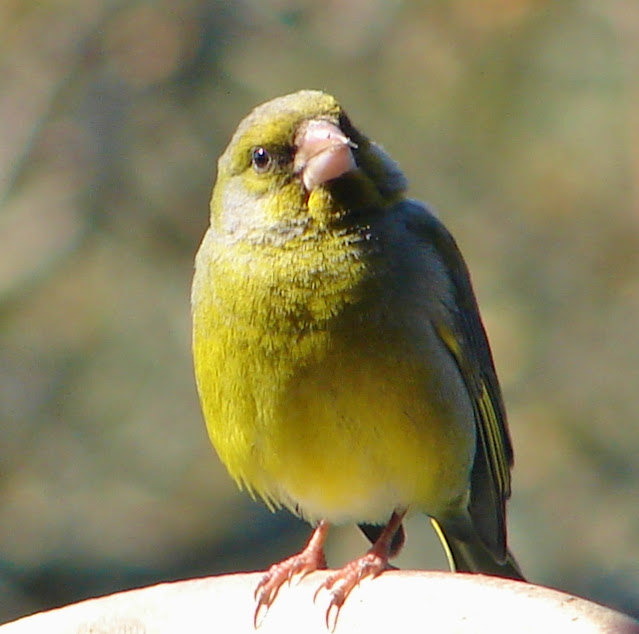 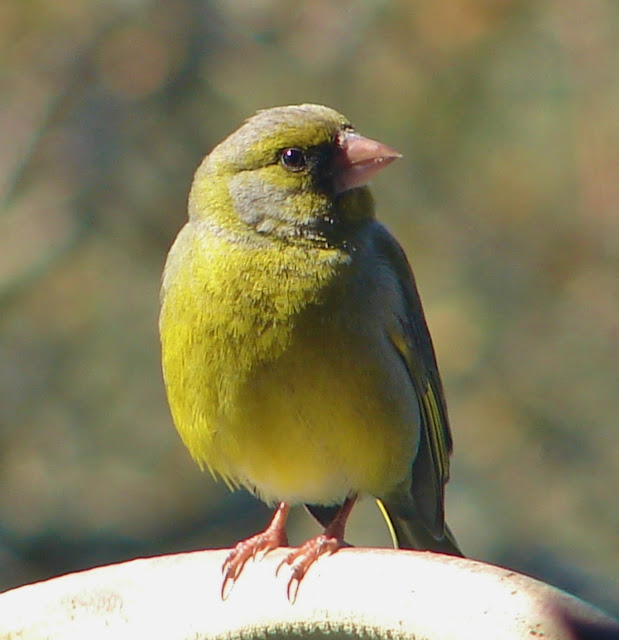 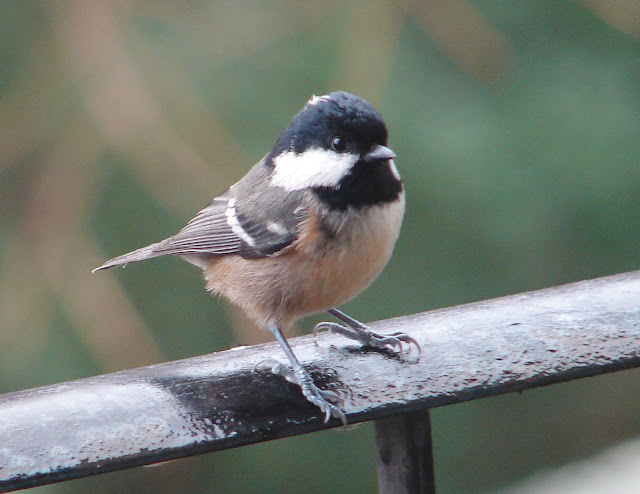 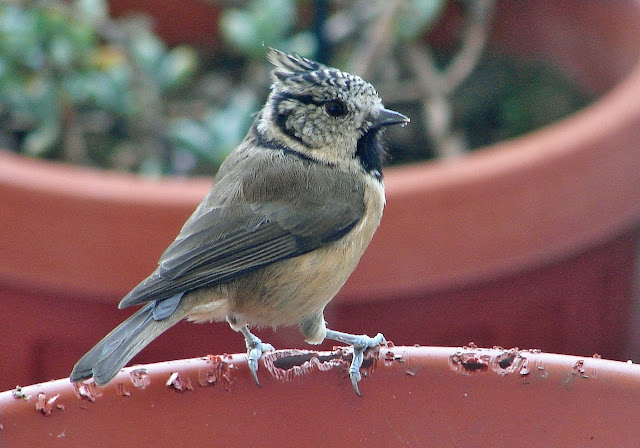 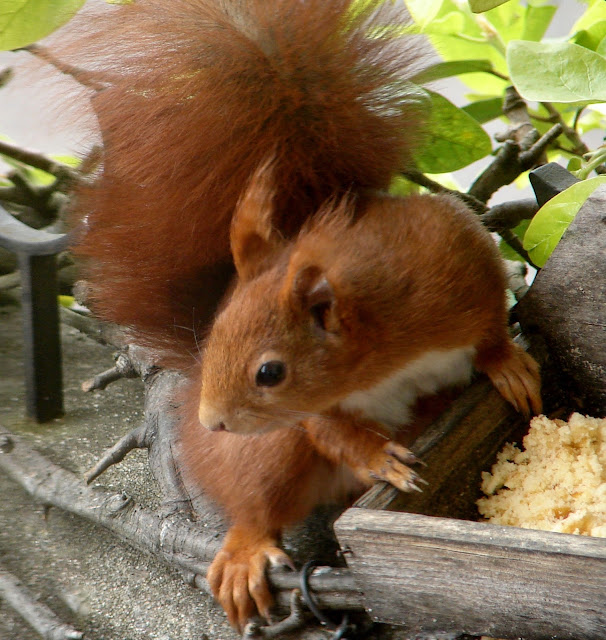 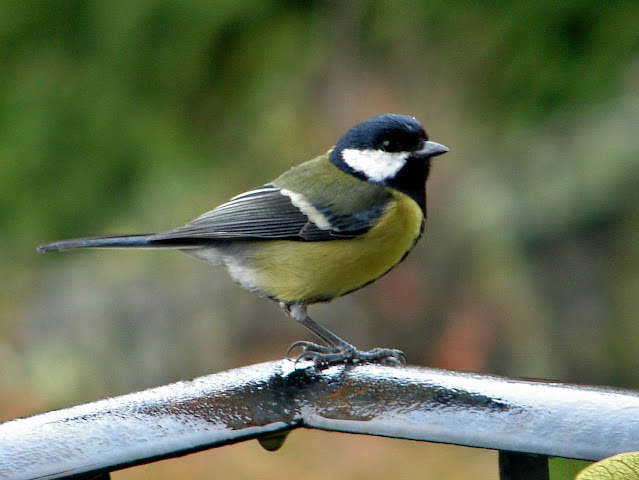 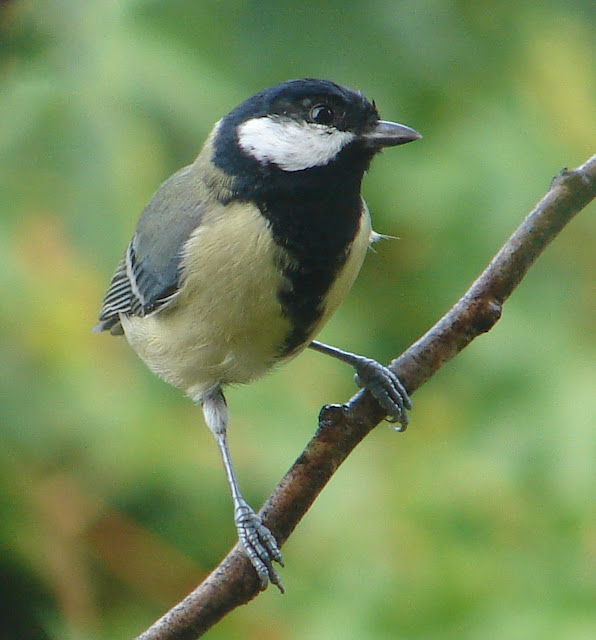 Posted by Breathtaking at 16:31

OMG. Really great photos. The birds are so awesome.

your long spell away from your camera did not harm to you skills with your camera. these are all perfect. it is so much easier to see the details of these small beuatiful birds in your photos than with the naked eye.. super shots

What a gorgeous collection of photos. You have wonderful bird sightings right outside your balcony. I love them all. The Mistle Thrush is a handsome bird, sorry the Sparrow Hawk got away, maybe there will be a next time. Thank you for linking up and sharing your post. Take care, have a happy weekend. PS, I appreciate your visit and comment.

These are wonderful images, Sonjia. As someone else has already commented your superb skill with a camera is evident for all to see. You are lucky to have such a diverse selection of birds at hand. Take good care. All the best. David.

Each bird seems to have posed with its best side to the camera and its best facial expression… how did they know they were going to be famous?

You must have the best bird balcony in Europe. What a great selection of species. Of course the one I see fewest of the Crested Tit, closely followed by Black Redstart. Super shots all.

It seems your balcony rail is a favorite hangout for birds, and you live in a bird's paradise! Enjoy the activity, and you capture birds with great details. Keep excelling

This is an amazing group of birds. The crested tit is interesting. My granddaughter went on a tour to Europe with her high school band. She brought me back a Blue Tit as my souvenir. She knows Grandma likes birds.

spectacular collection of birds, your images are beautiful!! those squirrels get into everything and can be so destructive!!!

the fly catcher is a beauty!!

What splendid balcony birds you have, Sonjia! Super photography too. I am very jealous of your Crested Tit. There are very few places in UK where they can be seen, and they are all a long way from my home - and you have them in your garden!

...you managed to take some fabulous images! I'm better at slugs and cows!!!

So lovely to see all of these birds, they really do seem to have a character which you capture in your photographs.

Enjoyed seeing that cheeky squirrel too.

How wonderful that you get so many birds on your balcony.
Photo 14 is the black tit (Parus ater) this is rarer than the great tit you photographed in photos 17 and 18.
The great tit has a black stripe across the chest and the great tit does not.
I wish you a nice Sunday, I enjoyed your photos.
Greetings Irma

To see these from the open shutters!! Envy

Thanks for joining us at IRBB this weekend.

I think that these are are beautiful Sonjia, I love a Crested Tit and Red Squirrel, they are my favourite.

Wow! You are so blessed to see and take photos of all these beautiful birds from your bedroom balcony. They are in their best pose for your camera. Have a great day.

love the shots of the Mistle thrush. Such a lovely bird.
Beautiful shots of your forest birds. I hope to see a Crested tit this season. Last year I didn´t see any. :(
They have ony now started the forest feeder and I visited there yesterday. I got a glimpse of a Coal tit but was not able to get any shot. That is one of my favorite birds.
:)

You photograph the 'balcony birds' so well ~ Wow!

Living in the moment,